The Homeric Dependency Lexicon – HoDeL is a new resource for the study of Homeric Greek verbs and their dependents, based on the Ancient Greek and Latin Dependency Treebank 2.0 – AGLDT 2.0.

HoDeL is a collection of all Homeric verbal forms enriched with their dependents (Sbj, Obj, OComp, and PNom) that are supposed to be part of verbal valency according to the guidelines of the analytical layer of AGLDT 2.0

HoDeL can be easily queried by historical linguists, computational linguists, philologists, classical scholars, students of Classics and Linguistics, high school students, and teachers of Ancient Greek. It has a very user-friendly interface and it provides transliteration of the Greek script and translations of the Greek passages.

Search HoDel
How to use it

I graduated in Classics at the University of Turin in 1982, and continued my study in the USA (Yale University) and Germany (Ruhr Universität Bochum). I earned my PhD from the University of Pavia in 1987, and later held temporary teaching appointments at the Universities of Bergamo and Milan IULM. I worked for two years as research associate at the Chicago Hittite Dictionary project (University of Chicago), before receiving tenure in 1992. My first tenured position was at the University of Rome 3, where I taught general and historical linguistics. Over the years, I have been visiting professor at the Universities of Madrid Complutense, Graz, UCLA, Vienna, Erfurt, Salzburg, and Moscow HSE. My research has brought me abroad on several occasions, most frequently to Germany, where I have been supported by an Alexander von Humboldt fellowship. I moved to Pavia in 1998, and since then I have been teaching several courses in general and historical linguistics, with a focus on Indo-European linguistics. I am currently the general editor of Benjamins' Journal of Historical Linguistics, which I contributed to founding in 2010. My present research projects include transitivity patterns in the ancient Indo-European languages, partitives cross-linguistically, and the creation of resources for Indo-European languages, with a focus on Greek, Hittite and Indo-Aryan. 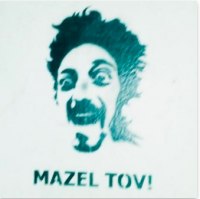 NLP specialist, data manager and system administrator. Works on LEMLAT in the framework of the ERC project LiLa.

HoDeL is one of the outcomes of Transitivity and Argument Structure in Flux, a project funded by the Italian Ministry for Education and Research in the framework of the 2015 PRIN call, grant no. 20159M7X5P, coordinated by Michela Cennamo and Silvia Luraghi.

Chiara Zanchi and Paolo Ruffolo are the main responsible for its creation. In various ways and at different times, Giuseppe Celano, Eleonora Sausa, Edoardo M. Ponti, Giulia D’Agostino, and Marco Forlano also contributed to it, under Silvia Luraghi’s supervision.

HoDeL is modelled on the Index Thomisticus Valency Lexicon – IT-VaLex, created at CIRCSE by a team supervised by Marco Passarotti. We are deeply thankful to Marco Passarotti for granting us the CIRCSE license.


This website was funded in the framework of the project "Transitivity and Argument Structure in Flux" (2015 PRIN call, grant no. 20159M7X5P)